Cassia vs Ceylon: There are two main types of cinnamon

Cassia vs Ceylon: There are two main types of cinnamon

Cinnamon enlivens so many popular holiday dishes. Not only does it add delicious flavor to food and beverages, it also has impressive health benefits.

Most people don’t know there are two main types of cinnamons. Both varieties are considered healthy however one contains a taxin that can be considered harmful if consumed in large quantity. Let’s get into the difference between cassia and Ceylon.

Cinnamon is created from the inner bark of a Cinnamomum tree. The strips from the inner bark are harvested and dried. They naturally curl into rolls known as cinnamon sticks. These sticks can be ground into powder or made into extracts. While a few teaspoons of cinnamon may seem harmless, the type of cinnamon you’re ingesting may make a difference on your overall health. 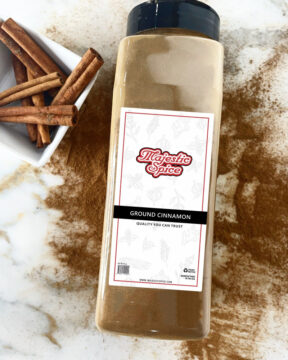 One of the two different types is cassia, the classic version of cinnamon found in many grocery stores. Cassia originates from Southern China and comes from the Cinnamomum cassia tree.  It’s usually a dark brownish-red color with a rough texture. Ceylon, the second type is considered the “true” cinnamon and originates from Sri Lanka. Both types are loaded with a high level of antioxidants but Ceylon contains less coumarin, an aromatic chemical compound that may damage the liver if consumed in large doses.

Ceylon is considered the higher quality cinnamon, is more expensive and harder to find than cassia. Ceylon has a lighter color, softer and more subtle flavor. It’s rich in mineral manganese and is known to help the body handle free radicals. It may also have anti-inflammatory qualities and may lower the risk of heart disease, diabetes and cancer.

Both Ceylon and cassia cinnamon are good for your health and overall wellness. If you plan on ingesting large amounts of cinnamon this holiday, stick with Ceylon cinnamon. It’s perfect for your smoothies, warm drinks and favorite savory and sweet treats.

Please contact us for more information and to order spices sales@majesticspice.com

Adding a touch of exotic: Using unusual spices in Mixology